Ever since I could remember, I’ve been prone to allergies, and it just happened to become worse as I grew older. I became familiar with the over-the-counter antihistamines, like Claritin, Benadryl, CoAltria, and such, to the point that I became dependent on it every time I get allergies. I secretly began talking them like actual vitamins!

When I talk about allergies, those are the sneezing, the teary-eyed moment, the itchy, runny nose, the explainable headache, and sometimes, the itchy throat for unknown reasons. It could be a lot worse for someone else, but so far these have been my chronic illness for a long time now.

Allergic Rhinitis or hay fever, as they call it, is a general ailment that even until now has no medicinal cure. For us who suffer this recurring illness, it has become a habit to always reach for fast-healing OTC antihistamine with hopes that the symptoms will never come back again.

I initially came up with none, when I did my research on the effects of OTC antihistamines on the body. Perhaps because, at that time, there was little to no research done on the topic. However, I came across an article stating that

Whether this argument has any basis or none, it still alerted me to the fact that anti-histamines still have side-effects. The newer or second-generation antihistamines may have lower side-effects than the older or first-generation ones, but one couldn’t be any more careful.

So here are some of the reasons why I decided to quit taking OTC Antihistamines as long as my body could handle the symptoms.

To Avoid Dependency on the Medication

Apparently, we now live in a face-paced world. We want quick relief of any pain we feel to continue the most important things that we are doing. I, for one, used to be like that. I used to always reach out for antihistamines to get rid of my symptoms quickly. I realize later on that I was already so dependent on the medication so heavily that, as I said, it almost became one of my vitamins. Our body can only take so much medication, and side-effects vary from people to people. Simply said, it’s better to make fresh food be our medicine than suffer side-effects for OTC drugs in the long run.

To Allow My Body to Heal Itself

Generally speaking, any medications disrupt the ability of the body to heal itself. Instead, we are taking additional chemicals into our body that may or may not have any beneficial effect. For me, as I did my research on an alternative cure for my allergies, I found out that there are tons of food that I already have in the kitchen that can help lower or eliminate my symptoms altogether. Some work as quickly as an OTC antihistamine, and some don’t, but mostly they are all beneficial to the decrease of histamine in the body, for stabilizing the mast cell or for reducing inflammation in the body.

Basically, switching from medicines to healthy foods could eliminate some unnecessary costs that we make on a daily basis. Why? Because OTC antihistamines or any OTC medication for this matter can only be effective for so long. You cannot guarantee that it will cure you to the core and that you will never have the ailment in the future again. Aside from that, purchasing OTC antihistamines could be a bit pricey depending on the severity of your case or the kind of medication you need – whether you take capsules, nasal sprays/drops, or any allergy relieving devices.

If you think about it, investing your money on healthy fresh foods for treating allergy-like symptoms, like hay fever (allergic rhinitis), has more long-term benefits to the body and has various healing effects. Being mindful of what you eat than spending a whole lot of money on ‘fast-cure’ which can end you up getting worse in the end, is a great way to somehow reduce the symptoms you’re feeling.

There are lists available already that can help us identify which food to avoid and which ones to take. There are also some who already provided some list of antihistamine rich foods that you can use as a replacement for OTC medications.

So next time you eat, be mindful of every food you put in your body. You might think that the food you’re eating is healthy, but for people who suffer excessive histamine in the body, some foods could wreak havoc on the system.

I guess the whole point of this post is to pinpoint that during ‘allergy season’, the histamine in our body increases as well, hence, all the sneezing, the runny nose, the teary eyes, and the annoying symptoms that most of us with ‘allergies’ feel. It is my encouragement for you to consider opting for natural relief, like eating real foods that inhibit histamine release, to lower that histamine count in the body. So that eventually, we could avoid reaching out to OTC Anti-Histamines for quick relief.

Nowadays, histamine-related research has grown tremendously over the past decade. It has become so extensive that fighting off the allergy-like symptom could almost be treated by simply eating the right food and correcting some habits that destroy our body’s natural processes.

It’s a fascinating study and you might be surprised that this tiny chemical in our body could be the very cause of our common illnesses. I’ll be doing more posts with regards to allergic rhinitis, histamine, and body-healing foods later on. But if you have any questions right now, please do let me know so I could add that to the list of my research.

Links provided above are good references that I found along with my research from people who I deemed reliable based on similar experiences and have done extensive research on the topic. You can also use them as the starting point for your own research.

Disclaimer: I am not a medical professional of any sort. Things I say here are based on my own experiences and my own research for my own benefit. I’m only sharing here the things that work for me. Please do your own research for anything that may work for you. I do not advise on self-medication so please always consult your own specialist or physician before doing any changes in your diet. 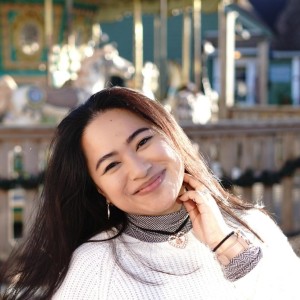